A Portrait Of Walt Disney World: 50 Years Of The Most Magical Place On Earth (Disney Editions Deluxe) 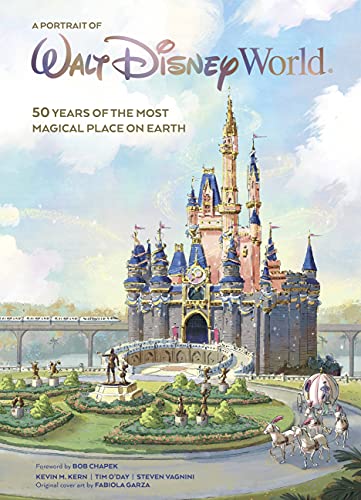 This is the sort of book A Portrait of Walt Disney World: 50 Years of The Most Magical Place on Earth (Disney Editions Deluxe) reads to feel worldly. Just like the spate of American pop fiction in the late eighties, this is overwhelmingly colonized literature, in that it pretends to reveal some aspect of the 'other' culture, but on closer inspection (aside from the occasional tidbit) it is a thoroughly western story, firmly ensconced in the western tradition.
Last updated 3 hours 28 mins ago

There are two types of books, usually, that makes one feel like there are no words to describe the experience: They are either unbelievably detrimental, or exceptionally (and positively) impactful. Given the overall high rating, it is redundant to tell, to which category does A Portrait of Walt Disney World: 50 Years of The Most Magical Place on Earth (Disney Editions Deluxe) belong. I don't think there are that many books, especially fiction, that could leave such a profound effect on a reader's mind.
Last updated 8 hours 28 mins ago

Finished this book about a month ago but it's taken me this long to write a review about it because I have such mixed feelings about it. It was a deeply affecting novel, but mostly not in a good way. I really wanted to like it, but the more I think about what I didn't like about the book, the more it bothers me. I even downgraded this review from two stars to one from the time I started writing it to the time I finished.
Last updated 15 mins ago